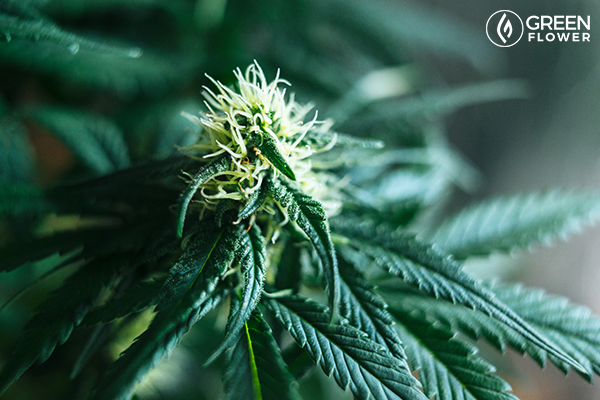 More people are turning to cannabis for a reason — it works for them.

“I was told that I had IBS a number of years ago and that I had to stay away from all different kinds of foods,” begins Mara Gordon, co-founder of Aunt Zelda’s.

Aunt Zelda’s is a medical cannabis brand and compassion center that works with thousands of patients each year.

She explains her approach and experience in a Green Flower video.

“I was told that I had to do all sorts of crazy things, they were trying to put me on all kinds of pharmaceuticals,” she says.

Now, after managing IBS for many years, Gordon sticks to a healthy but unlimited diet and supplements with medical cannabis.

With luck and political goodwill, science may finally start to catch up with Gordon’s experience.

Cannabis science is in its nascent phases, due to decades of legal restrictions placed on cannabis research. As such, it’s still too early to make definitive claims about cannabis-based treatments.

Indeed, a 2017 report by National Academies of Science, Engineering, and Medicine found “insufficient evidence to support or refute” the use of medical cannabis for irritable bowel disease.

There is, however, a slowly growing body of experimental evidence to support Gordon’s anecdote. Despite a lack of meaningful support, patients with IBS, Crohn’s Disease,  and colitis, regularly frequent cannabis clinics.

And they have for the past two decades—a 1999 report found that 68 of the 2480 medical cannabis patients tallied used the botanical to relieve symptoms of gastrointestinal distress.

There are many reasons why this might be the case. As the world awaits more substantial research, many patients are taking their health into their own hands and experimenting with medical cannabis.

The following are the most common reasons why patients may seek out the medicinal herb: 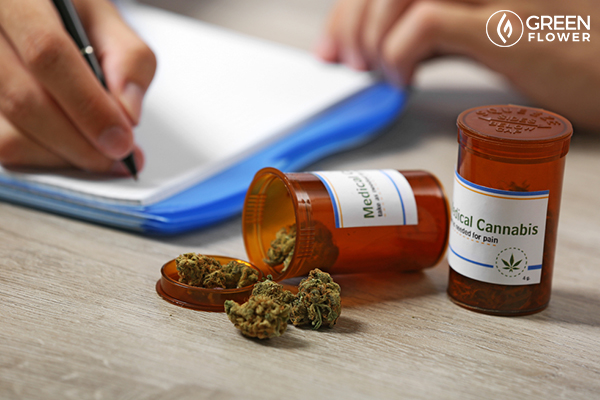 Chronic pain is the #1 reason why people turn to cannabis.

Cramping, bloating, pain, and pressure are all too familiar to patients with IBS and IBD.

While both conditions can be immensely painful and uncomfortable, those with inflammatory bowel disease tend to be most affected by the debilitating nature of extreme digestive distress.

One reason why researchers are interested in evaluating cannabis for IBD and IBS is due to its potential ability to ease intestinal pain.

Pain is the number one reason why patients seek medical cannabis. In those with IBS and other inflammatory bowel disorders, pain is rarely in short supply.

In a survey of 291 patients with inflammatory bowel disease, patients who used cannabis reported that they relied on the herb for symptom relief. And, more specifically, relied on the plant for relief from abdominal pain.

The European Journal of Gastroenterology and Hepatology published the survey. The included participants had either ulcerative colitis or Crohn’s Disease. 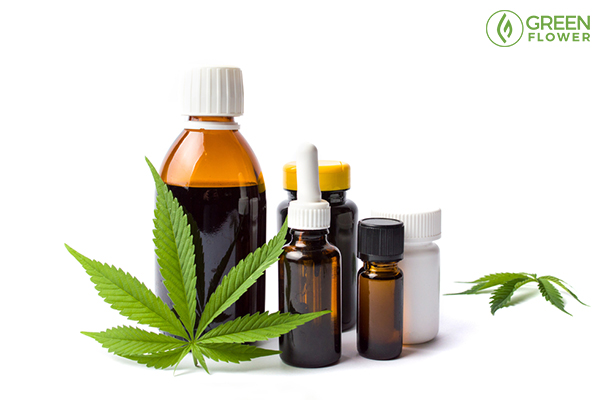 Cannabis can be a powerful anti-inflammatory, especially in the gut.

If the names are any indication, chronic inflammation is a root problem in both inflammatory bowel disease and irritable bowel syndrome.

In a 2010 study published by the British Journal of Pharmacology, researchers found that tetrahydrocannabinol (THC), the compound that causes the famous cannabis “high,” successfully reduced inflammation and damage in rodent models of IBD.

The best results, however, occurred when the two compounds were combined.

CBD and THC are not the only cannabis compounds with anti-inflammatory potential, however. Very experimental research suggests that THCA may hold potential as well.

Chronic inflammation of the intestinal tract can cause food to make a fast exit in both IBS and IBD.

Motility is the term used to describe the speed at which food moves through the digestive system.

When things move a little too fast, scientists refer to the phenomenon as hypermotility, which is more commonly known as diarrhea.

Thus far, most of the studies on cannabis and gastrointestinal disorders have used rodents as test subjects. One such study found that cannabinol (CBN) successfully slowed motility in mice with an experimental case of IBD.

CBN is a breakdown product of THC. It is commonly found in dried cannabis flower, as the psychoactive compound THC begins to age. The mice in this study were given croton oil to mimic the symptoms of IBD.

British Journal of Pharmacology published the study in 2001.

“Whether cannabis will cure IBS or Crohn’s Disease is an interesting question that I am often, often asked,” says Gordon.

“I will say that it will put it into remission,” she explains. “I don’t ever use the word ‘cure’ in association with disease because of the way that the body works.”

“It’s one thing if you had a cold and they figure out something you can take and you will never have that particular germ that caused the cold again, that’s different than treating a systemic disease within your body.”

A study published in Clinical Gastroenterology and Hepatology in 2013 made waves among Crohn’s Disease patients desperate for relief.

The study was tiny, only 21 participants. Researchers at the Meir Medical Center and Sackler Faculty of Medicine in Tel Aviv conducted the study. Participants divided into two groups: some received medical cannabis, and some did not.

Of the 11 individuals given cannabis, five experienced complete remission. Ten of the 11 patients given THC over the eight week period experienced some level of symptom reduction.

To Gordon and her team, the results of this study perhaps may not seem so surprising. At Aunt Zelda’s, many medical cannabis patients seek out the plant in an attempt to keep symptoms at bay for long periods.

The above study, however, has also received some criticism, although it isn’t the only study that found cannabis effective in easing the symptoms of inflammatory bowel disease.

The authors of a 2016 review published in Gastroenterology and Hepatology argue that more extensive and more carefully controlled studies are needed.

Until data from more substantial trials are available, it’s impossible to determine the efficacy of cannabis for irritable bowel disease.

The bottom line? If medical cannabis patients experience symptom relief with cannabis, who’s to say that the plant is not useful for them?