Market watchers appear to consider liberalization of federal laws regarding cannabis to be a foregone conclusion now that the inauguration of President Joe Biden has taken place. That, in turn, is leading to rosy expectations for cannabis consumption — especially in light of the ongoing march of state-by-state legalization amid a growing acceptance of cannabis for adult-use as well as medicinal purposes. 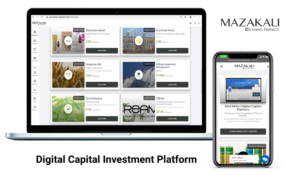 Cannabis plays a key role in MAZAKALI’s mission — in 2016 the company began working specifically to help investors place capital and to help companies raise capital. MAZAKALI’s GreenPapers(R) inform investors and operators through insights into deep trends in the cannabis complex, predicting in 2017 that significant federal reform would take place this year with a Democratic victory in the White House.

“We had been following public opinion polls on (cannabis) legalization and noticed a fairly precipitous decline in the opposition to legalization. As an example, from 2007 through (20)17 we saw opposition decline from 60 to 40 percent and support increase even more, from 30 to nearly 60 percent,” MAZAKALI founder and CEO Sumit Mehta said during an interview with Jeremy Neilson, CEO of Assure (https://cnw.fm/FtpZi).

“We then looked at other states-led rights issues that eventually became legal at a federal level and we saw fairly similar trajectories,” Mehta added. “We saw a meaningful uptick in the states that were passing cannabis legalization measures between 2015 and 2017, and knew that the majority of Americans would soon have legal access to this plant with countless stories to share about its medical impact.  We expected that this would further bolster the public support that was building, fueled further as media was also becoming far less reticent to cover this increasingly destigmatized topic.”

Cannabis is currently legal for medical use in 35 U.S. states and permitted for adult-use in 15 states (https://cnw.fm/6BTM3). Its use has been adopted by a wide age range of consumers, particularly as older populations turn to cannabidiol (“CBD”) for over-the-counter pain relief and sleep aids (https://cnw.fm/I4Sb6).

In further support for investor confidence, observers have noted that President Biden appears to be stocking his cabinet with several key cannabis-friendly advisers. He has named a strong supporter of cannabis legalization as his nominee to lead the Democratic National Committee (“DNC”) (https://cnw.fm/VuKfR).

“It is likely that Cannabis will prove to be the best performing asset class over the next decade…Hemp will prove to be a major contribution to farmer livelihood as well as industrial and economic output, with the Cannabis complex likely a trillion-dollar market in the making,” MAZAKALI states as part of its advisory profile (https://cnw.fm/IoeT8).

For more information, visit the company’s website at www.MAZAKALI.com.

Do you have questions or are you interested in working with CNW? Ask our Editor

CannabisNewsWire is part of the InvestorBrandNetwork.